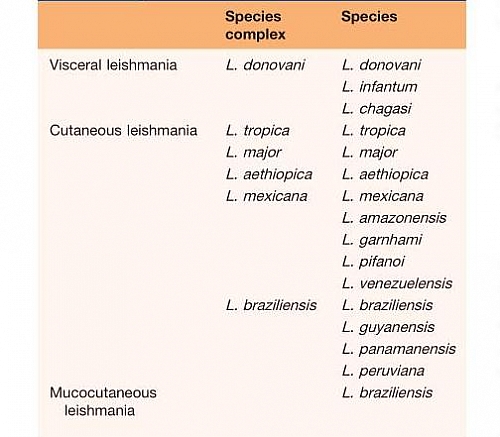 A leishmaniasis is a group of parasitic infectious diseases caused by protozoa of the genus Leishmania that is transmitted by the bite of the female phlebotomine sandfly as the vector. This means Leishmaniasis is not just a single disease but a group that has different symptoms and signs depending on the type that a patient may have. The types of Leishmaniasis will be described below.

Leishmaniasis is transmitted by the bite of an infected female phlebotomine Sandfly – which is the vector while mammals serve as the reservoirs of the parasite such as dogs, rodents (rodents are the major reservoirs in East Africa, Ethiopia, Sudan, and Kenya), and foxes (canines are the major reservoirs in the Mediterranean and Asia); in some species of Leishmania parasite, man is the reservoir. Only the female sand flies transmit Leishmaniasis because they need a blood meal as a requirement for the maturation of their eggs. 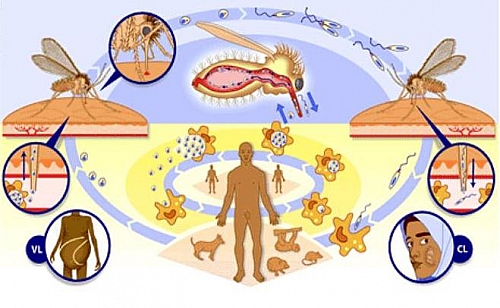 The geographical distribution of Leishmaniasis varies and some species of Leishmania parasite are specific to certain areas. Leishmaniasis is commonly seen in Asia (especially in places like India and Bangladesh), Africa, Europe, the Middle East, South America and Central America.

The symptoms of leishmaniasis depend on the type of parasite and also on the host cell-mediated immune response. 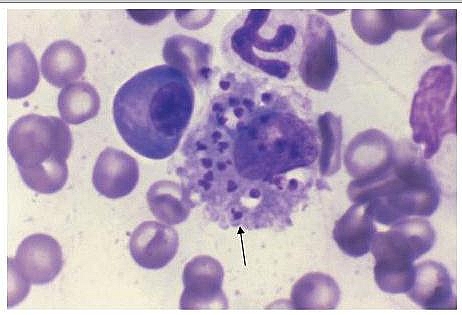 Diagnosis of Leishmaniasis: The amastigotes of leishmania seen in the bone marrow cells

This is a test done to help in the screening of Leishmaniasis. It shows if the patient has been exposed but does not show if the infection is active or not. It is usually done by injecting killed Leishmania parasite into the skin just as it is done in the PPD skin test for tuberculosis; a raised indurated papule on the skin after 48 hours shows there is the presence of Leishmania infection.